Hello friends. This letter comes to you from the warm seat in front of the hearth, where two seasons’ worth of woodcutting converge. Where we are free to bask in the sweetness of entropy, because among the quavering veils of flame rises its precise and steady opposite. Here we are. Care to pull up another chair?

On the eve of the solstice, just before sunset, I walked out to a dune I’d never visited before, sat on its shoulder cold in the wind and looked at the sky. The sun set serenely that afternoon amid thin skeins of cloud lit as if from another world, through the high stratum of ice crystals hugging the bowl of the sky, the bowl itself a thin backlit mineral shell. The colors were those of ripe melon, watery fructose pink and green; the colors of ripeness verging on rot, of esters rising seductively to the nose. A strange incongruity with the cold. But, of course, each season contains somewhere an image of its opposite, and this illusion of fecundity at the beginning of the longest night was just that. The colors sank and concentrated until they oxidized into a tannic glow dithering out to lavender dust above the southwestern horizon.

The wind pushed right through clothes and soft tissue to bone, but passed beneath the sky. The sky, pulled toward darkness as if it were attached to something very heavy, to a second lightless earth, a slow inexorable pendulum; as if it were caught in the current of a river emptying into dark open water. Venus appeared and continued its trailing of the sun, caught in the same current. I walked back as night came.

Midwinter’s night lasts some seventeen hours at this latitude, and lengthens at higher ones in both directions until it opens into a season-long cavern at the polar circles. In the middle of this longest night, at the low point of our hemisphere’s deep bow to darkness, the solstice passes through. I was asleep at home under the roof, over the glowing yule log in the woodstove downstairs, so I missed the moment. But even out beneath the sky, as I have been in years past, it slips past without flourish. This solstice is the elusive one.

The summer solstice, we might remember, passes like a craft that glows only faintly at its margins, something that itself can be sensed in the peripheral vision. The winter solstice, however, can only be sensed by the effect it has on other bodies. The particular way it dislodges and drains the color from the sky at sunset, the way sleep tugs at the edges of our eyes come afternoon. The way that quiet guest sits easily on the bench next to the hearth, wings folded, singing softly about a coin beneath the tongue, looking less out-of-place than she did six months ago. The way we feel oddly compelled to offer her a cup of tea. You’re always around, perhaps it’s time we got to know one another. At midwinter especially we are invited to make kin. 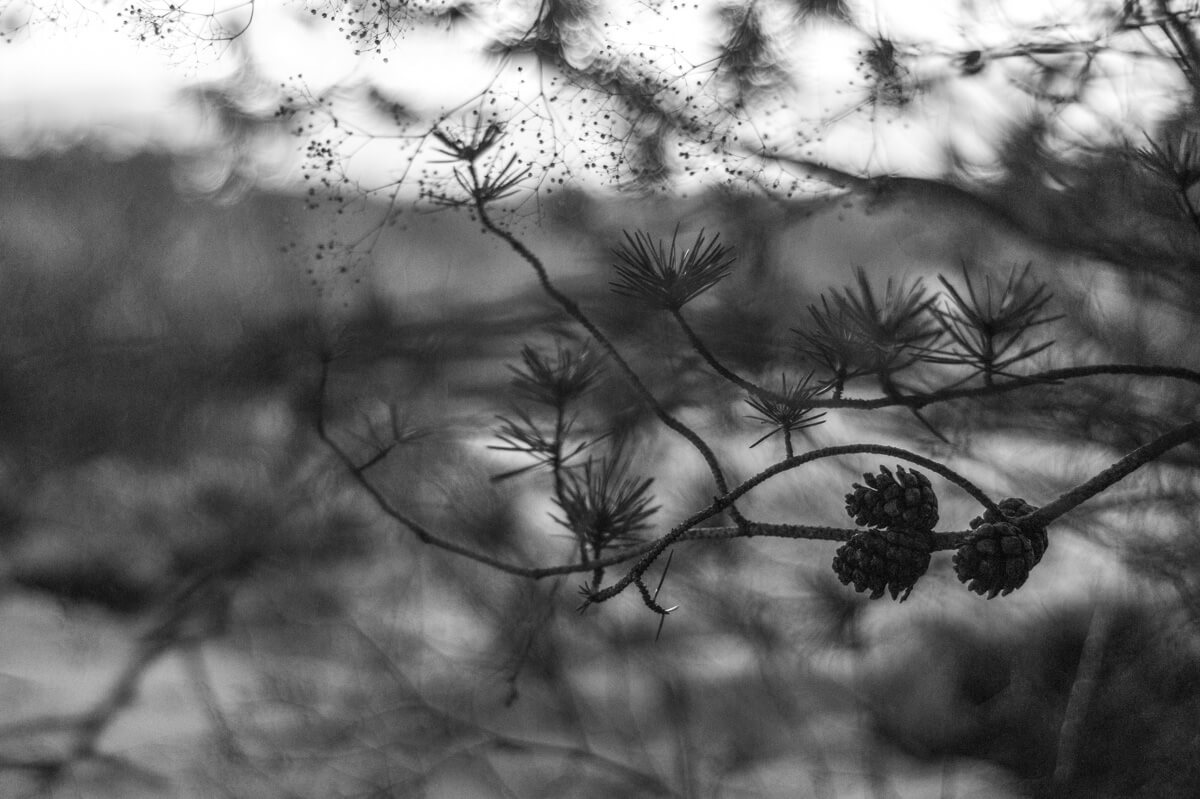 The solstice passed through while I slept, maybe while you slept too. Before sunrise I filled a thermos with tea and left the house again for the remnant road that leads up onto the great turtle-back of the moraine over the lake, not far from the dune I sat on the day before. I picked my way up to the top in the meager light of the crescent moon.

When I reached the granite erratic just back from the brink high over the wind-streaked indigo water, I whispered a greeting, took off my gloves, and placed my hands on the stone. It drew the warmth quickly from my blood. I could feel the entire cold mass of the stone nestled in the till, the crystalline structure of it, the weight of it, the long darkness just beneath the surface. I’ve known this stone for some years, visited frequently, but it has just recently offered a gentle glimpse into deep time, resolved into a barely comprehensible point in ten-thousand dimensional space, a drift anchor amid the dizzying gyre of the seasons. And kin, the stone has always been kin.

To the southeast, light struggled slowly back up against the pull of the pendulum. The sky-dome hematite at the horizon up to elusive aurora blue-green to slate overhead. I tucked my numb hands back into gloves and walked inland to the shelter of a familiar little gathering of jack pines. I sat, opened the thermos, and drank the good black tea while the wind moved through the needles like fierce breath through teeth.

After some time listening I stood up, feeling warm from the shelter and the tea. To the north the sky was still dull gray, and I set off in that direction. A few steps and I was stopped short.

It rose from behind a tussock, rose fast, white as snowpack in the strong midday sun of another world, white as snow-blindness. A luminous winged form against the leaden sky. It rose to twice my height and froze, held in space deftly by great ur-wings, head into the wind, head swiveled so the eyes pointed straight through mine. Its gaze twin harpoons anchoring me mum to the spot, a gaze at once ancient and inarguably of the future, dispassionate but without menace, arriving from an angle impossible to reconcile within the three dimensions of my world atop the moraine. The mythopoetic human mind fumbled for a familiar archetype close at hand: messenger? avatar? psychopomp? angel? It turned away and cut across the wind’s flow to vanish behind a line of low dunes. I walked to the spot where it had risen and crouched to behold a golden disc of sand, the size of two hands cupped, surrounded by fine snow.

To the east the sun breached the horizon-line, spilling warm light over the till. I turned toward it and walked back.

Here at the tail-end of the longest night, the sun defies the inexorable pull of the pendulum and rises again. It rises again against all human reason, but in this eternal return of the light, a glimpse of what may well be the total orderliness and completeness of the universe. It mercifully requires nothing of us to proceed, but invites a great deal. We’re invited to participation; to let the bloods mingle, to make kin, to use the voice in fierceness and ekstasis and empathy, to converge in song, to make love, to sit. And finally to place a coin beneath the tongue and float out the mouth of the river to where it empties joyfully into the headwaters.

And here we are, back in front of the hearth. Thank you, as always and ever, for coming along. What after all is a letter without a reader? Speaking of, next month’s letter will be the last in this inaugural twelve-month cycle. I’ll take a bit of a break in February, and Polylith will return, in some new but surely familiar form, in March.

If you’ve enjoyed these letters over the last year, the grooviest possible thing you could do is share them with someone of kindred mind. And if there’s something you’d like to share with me, do send it over! May this next trip round the sun be one of participation, of the convergence of many threads into a lovely, messy, ungovernable braid. Until next month my friends!