Hello friends. Here we are at the end of this inaugural twelve-month cycle of letters. We arrive, as ever and by puzzling graces, where we began: under countless strata of snow by turns waning and waxing, pleasantly lost amid a kaleidoscope of tracks, standing atop the great mineral body.

I started Polylith with an idea of the shape it might take, based on writing I had been doing for some years, but I couldn’t have predicted how quickly it would resolve into its own willful, wily form. For that I can thank the early readers among you, and of course the monthly deadline I set for myself. If you want to undertake a big project this year (write an epic poem, say, or compose a song for each naiad in the watershed, or draw a graphic novel), do it out in the open, and do it piece by piece. Three things will come together in surprising ways to focus your work: the feedback (gods willing), the accompaniment of the audience in your mind, and the reliable obligation to make good on your promise. When you begin (and maybe you already have!), be sure to let me know. I want to follow along. 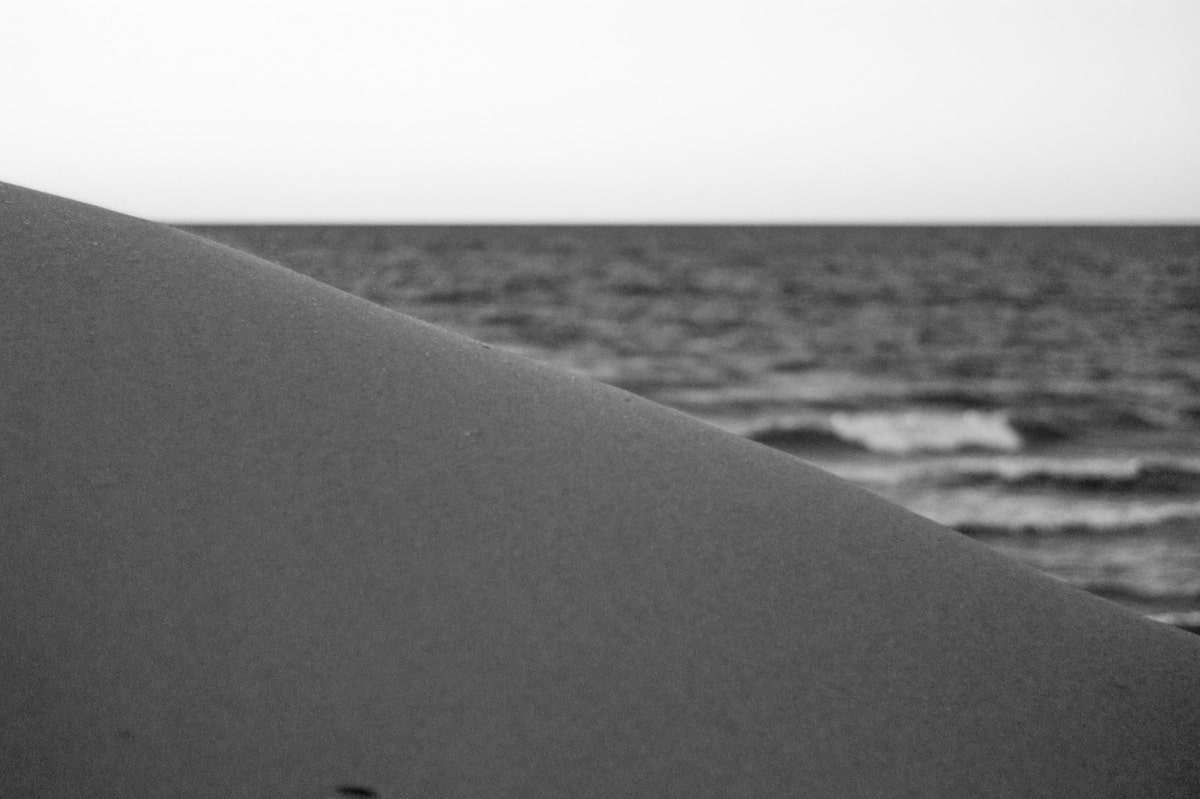 So then, what paths have we trod over the last year? Well, we began, impossibly, by running our toes over striations in the limestone down beneath the drift, then across a frozen lake on skis, through the center, where we glimpsed the iridescent plumage of immanent divinity. We circled and braided, were enveloped by water, and tuned in as the summer solstice passed like a craft in the darkness. We listened to the thin song of insects just past midsummer, swam, and puzzled under the new moon. We listened to the wind through trees and witnessed a few stirring gestures amid the dunes. We felt the seasons slip beneath our feet, watched the familiar shoreline disintegrate and reemerge, and were invited, finally, by some mysterious visitor to yield and let the cycles repeat as they will. We end not far from where we began. I’ll take that as a promising sign.

January, in a sense, has been the realization of a long-held dream of mine. I’ve been on sabbatical (or so I insist on calling it) from bread-work for the month, and have been writing every day. I’m revising all the letters I’ve sent you over the year, and writing twelve or so additional pieces to flesh out what is slowly resolving into the exciting but elusive form of a book. A book of essays and letters and poems. Dare I say it’s going well? It’s going pretty well!

What I can’t yet say is when the book will be done (who could predict such an event? and by what infernal means?), but when it is done, you will be the first to hear. There’s a good chance I will raise funds to print the thing by doing pre-orders, so, you know, stay tuned.

In the meantime, I’m going to take a short break from Polylith. But don’t despair! It will return, at the end of March, in some new but familiarly wily form. Until then, may the kaleidoscope entice as ever, may the returning light vitalize, and may the mineral body continue to bear us gently. You’ll all be here in my mind as I write.